Gosh, I last posted here is May. Apart from art trail 2018 has seen the creation of a new bigger garden in front of our house. Someone asked me why at our age we are making the garden bigger. The first practical reason is drainage, as there was far too much hard landscaping and  concrete  for a narrow  road with hardly any drains. The second is simply, I like gardens, but after digging the exposed patch over several times taking out at least half a ton of rocks and concrete that the digger missed, then doing it all over again to incorporate 7 bags of compost I was beginning to ask myself the same question,

The easiest way from there would have been to lay a lawn  which would give the drainage but I wanted a colourful patch buzzing with butterflies and bees so as well as the plants I had taken out last year I sent for more with the bee friendly label.

I ordered some in the depths of winter when the first spring catalogues came out and when the tiny things arrived I was assured they didn’t need pampering and could remain outside even in snowy weather. Humph! ‘The Beast from the East’ had other ideas so against  advice, I brought the poor things into our cool utility area.

We visited a garden centre in February for quite another reason but I couldn’t resist having a quick look at the plants outside. If you have never visited a garden centre in the depths of winter let me tell you its like a cross between the Marie Celeste and a pub with no beer. There was nobody there but the two of us wandering round an arctic waste with a few heavily discounted plants dotted here and there. In a recent gardening program someone said  he was a great fan of the “Half price half dead” way of buying plants. He would have approved of the four specimens I brought home, to be fair they were dormant. I put them outside too but took pity on them when the bad weather came, the result was an obstacle course to get to the washing machine but then who needs to wash in  winter?

Against  the odds all the plants have survived even after being planted out the day before ‘The Beast’ came back for a second rampage.

It has not been the best year for establishing a new garden  with severe frost and snow, then a cold wet spring followed by a Bank Holiday cloud burst which tested the new drainage system to the limit with several inches of water flowing onto the garden from the road and overflowing gutters, and finally a two month drought and heatwave but I LOVE it,

The new  buzzing garden has given both of us enormous pleasure and we often have breakfast and lunch out there with the bees. I like to think our neighbours love it too and judging by the passers by stopping to admire and compliment  I think they do.

Thats quite a ramble, now for the picture show. 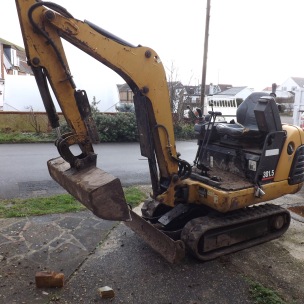 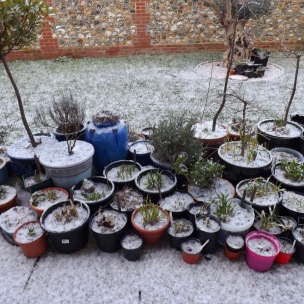 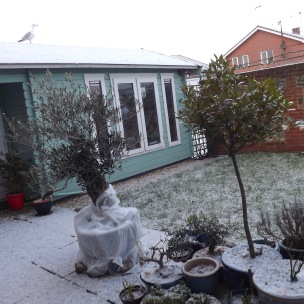 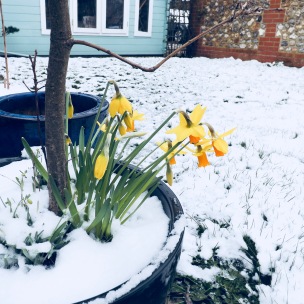 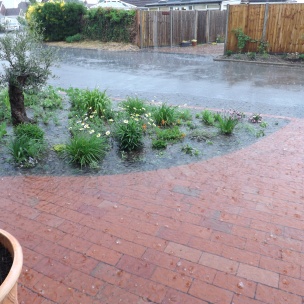 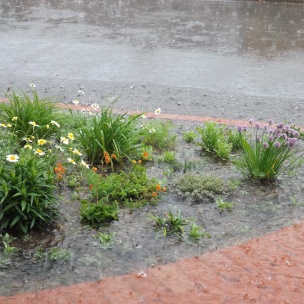 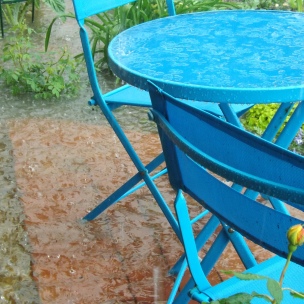 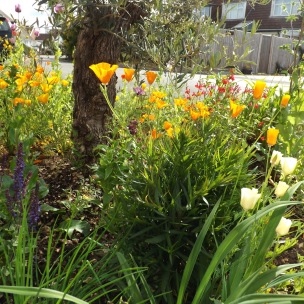 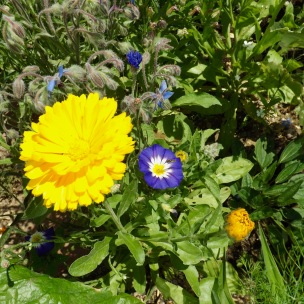 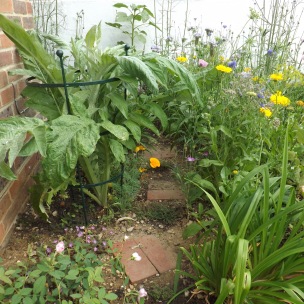 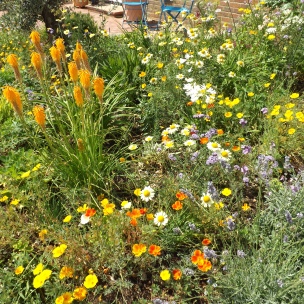 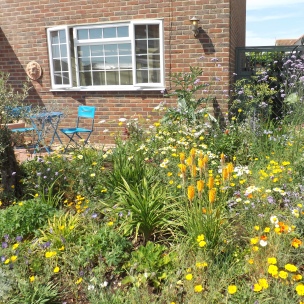 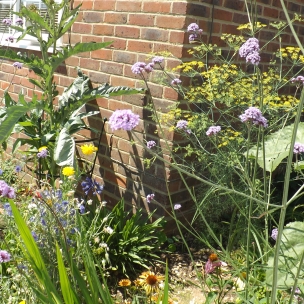